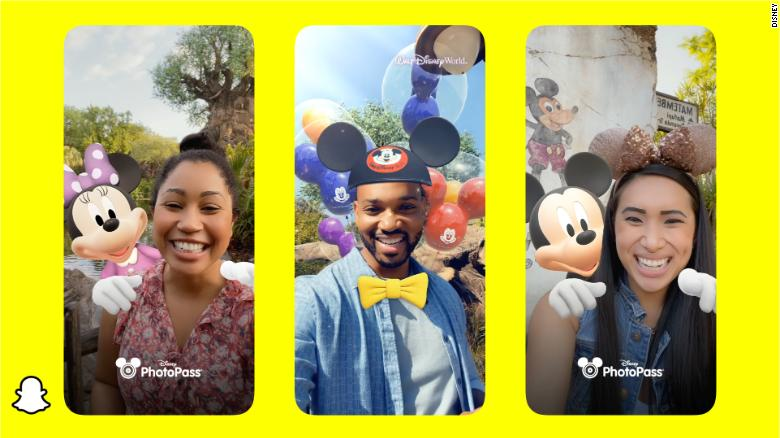 Disney World resorts turns 50 this year, and the company is going all-out with its celebrations as a way to help bring back its pre-pandemic visitation. 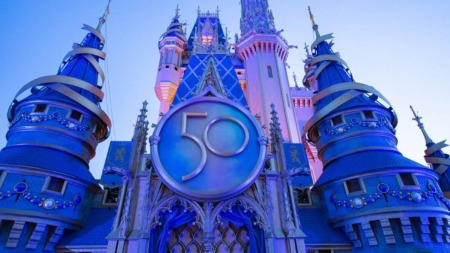 The fiftieth-anniversary celebration will be an 18-month affair, called "The World's Most Magical Celebration" with various new shows, new rides, and a slew of other entertainment including digital, immersive experiences like Augmented and Virtual Reality to enhance the adventure of visiting the iconic resort.

"How do we take these really rich, deep stories and environments and do more with them? We don't want to be constrained just by the physical brick and mortar,"  said Gary Daniels, vice president of Disney's digital experience. "We just have so many tools in our toolbox now. When you look at things like [AR], we're going to be able to just connect and engage guests in very different, incremental ways."

Disney has been an early adopter of Extended Reality (XR) and immersive experiences, including games, coloring books, and even Augmented Reality within their cruise ships.

Earlier this year, Disney first announced a partnership with Snap to offer official Disney lenses. According to Snap and Disney, in a combined press release in May, guests will be able to "transform Cinderella Castle with augmented reality," using the My Disney Experience. This app helps guests manage and make the most out of their visit. Resort goers also can add Disney magic to their photos and videos via Snapchat, such as taking pictures holding virtual Disney park balloons or wearing Mickey Mouse ears. You can even get a digital Mickey Mouse to pop up in your photos and hug you.

Disney believes that XR applications such as these new Snap augmented reality lenses can bridge the gap between the past and the future by tapping into the metaverse.

"Generations of families have gone to Disney Parks around the world and been able to have these really magical, unforgettable experiences," said Ben Schwerin, Snap's senior vice president of content and partnerships. "And now you have a generation of young people who've grown up with smartphones in their pocket and cameras that are connected to the internet."

As Disney continues to experiment with Augmented and Virtual Reality, the possibilities are limitless, whether that’s enabling fans to better interact with them at home or while they are guests at their theme parks. This partnership with Snap is just another example of how immersive experiences are helping brands to connect with customers in new and innovative ways. 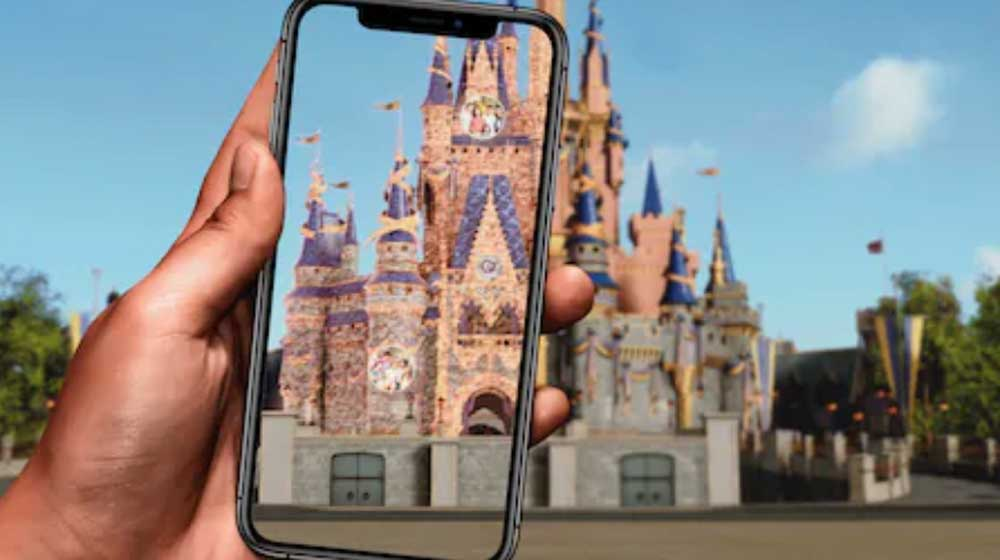 To commemorate the 50th Anniversary of the Walt Disney World Resort, Disney PhotoPass and Snap are working to transform Cinderella Castle within your photos virtually. Using the My Disney Experience app, you’ll be able to place your favorite image captured by Disney PhotoPass photographers on the iconic castle with augmented reality. Look through your camera lens in the app, and you’ll see a beautiful mosaic of special moments shared by other guests to celebrate the 50th Anniversary.

Check out some of these new Disney Snap lenses