Snap Is Betting Its Future Is Powered by Augmented Reality 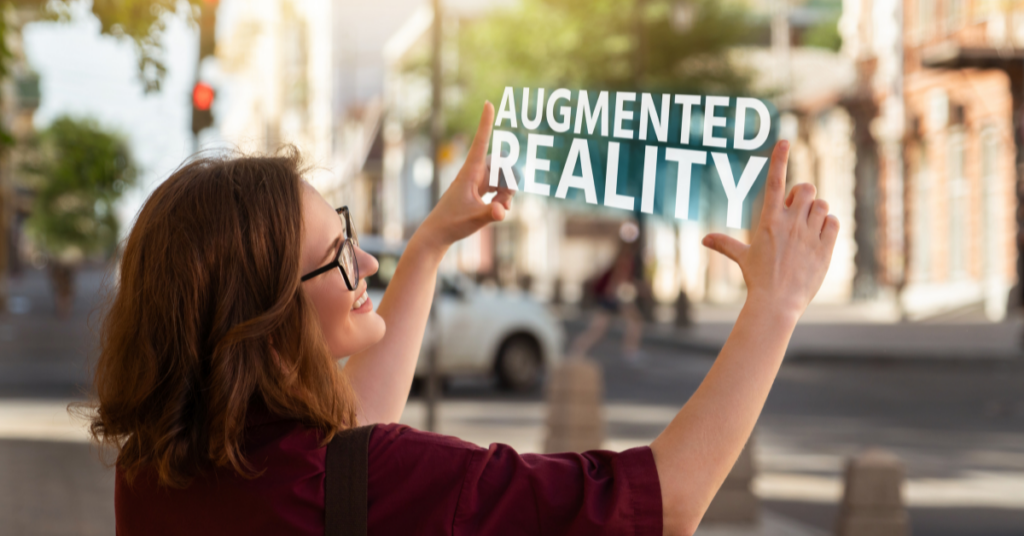 Social media and camera company, Snap (formerly Snapchat) has been a significant innovator in the Augmented Reality space since its popularity grew in the mid-2000s. Its fun and entertaining filters and lenses have been where many consumers may have first interacted with the technology.

In 2017, the company’s $24 billion IPO raised some eyebrows. Some wondered if the fledgling social network would be able to stay competitive and be able to grow—or even defend—its market share? In a Los Angeles Times article at the time, one reporter wrote:

“... the clock is ticking. According to a Financial Times analysis, the company has just over three years to become cash flow-neutral before it will need to raise fresh funds. In that time, Snap must raise user numbers and cut costs while fighting off Facebook’s plan to neutralize all and any competition.”

Four years later, and Snap is not just still around; it’s thriving. The pandemic drove more media time online than ever before. Usage on Snap grew to 249 million daily active users in Q3 2020, and its stock has climbed to almost four times what it was worth in 2017. With consumers transacting more sales online, digital advertising revenues are up—which is the primary revenue source of the social network. 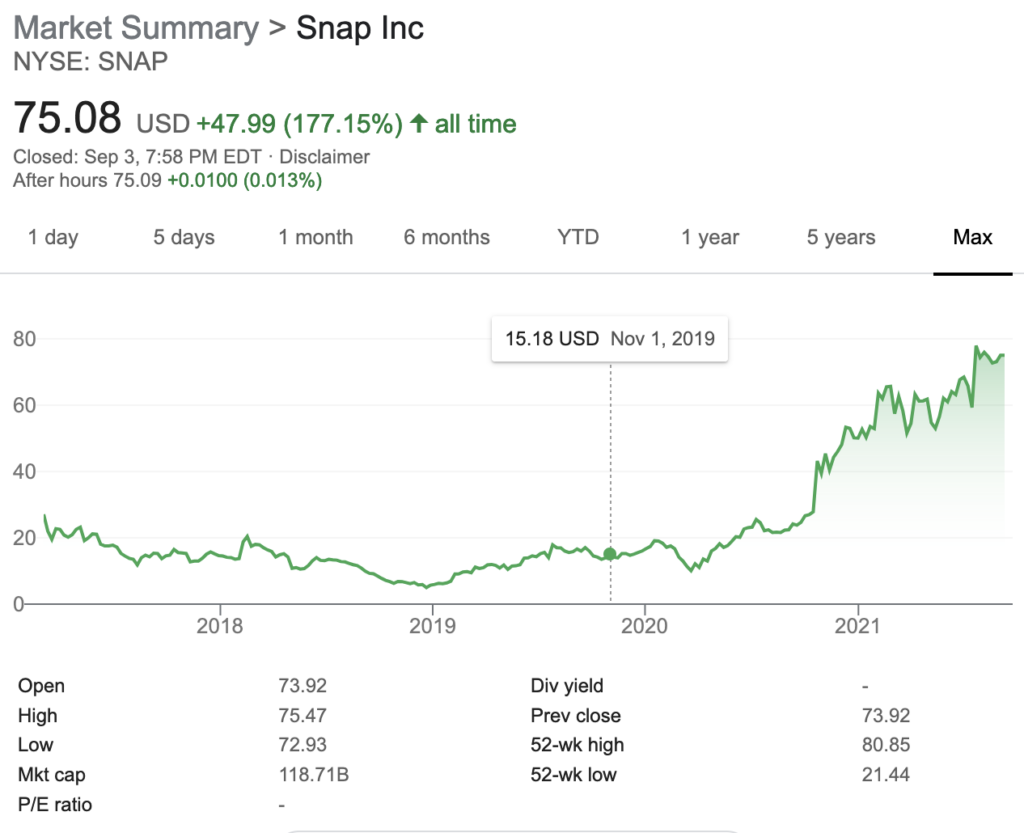 More usage + an increase of digital advertising = good news for Snap. The question is no longer about its viability but rather what it plans to maintain its momentum.

Snap knows its future is AR—and brands will follow

While Augmented Reality (AR) on Snap has its roots in those wacky lenses, Snap and other internet companies have been investing in the technology to help drive revenue via “social commerce”—in which brands and consumers wholly transact within the social network environment.

Examples where social AR has helped brands engage and sell to customers, may include trying on glasses, makeup, or other products virtually through the camera lens. But there is near-infinite potential with the technology. Snap’s 2021 Consumer AR Global Report claims that 100 million consumers “are using AR to make purchase decisions,” with 94% of them believing that they will continue this shopping behavior next year.

Snap’s AR future is clear and co-founder and CEO, Evan Spiegel, opens the report with this defining statement.

“Our commitment to reinventing the camera is most evident through our advances in augmented reality. Today, more than 200 million people engage with AR on Snapchat every day on average. We have co-developed our vision for augmented reality together with our growing community and have created cutting-edged tools and capabilities that allow creators to build increasingly advanced Lenses and distribute them to the entire Snapchat community.”

The report offers a host of impressive AR stats and top businesses leader quotes. One of those is from Apple CEO Tim Cook, who is also betting big on the future of AR: “I think AR is that big, it’s huge. I get excited because of the things that could be done that could improve a lot of lives.”

An interesting point that the report makes is that AR innovation is moving faster than mobile innovation. The implications are that brands looking to engage future consumers may consider investing more in AR and less of their focus on new and emerging mobile experiences.

As transactions continue to surge online, brands struggle to compete in a landscape where customers can move on to your competitor’s products in just a single click. That’s why immersive experiences such as Augmented Reality is becoming critical for brands to connect with today’s online-first consumers.

Arlene’s Extended Reality (XR) platform helps brands and agencies create epic customer experiences such as Augmented Reality without the need for complex code. These immersive experiences drive consideration, increase sales & revenue, and enable you to interact with consumers showing interest in your products and services.

To learn more, send us a message at https://arlene.io/contact/